Please be advised that starting this week, there will be several roadwork projects being completed by the city simultaneously in our neighborhood. While they will create some modest disruption in the near term, together they will significantly advance a complete streets approach to our roadways and make the Downtown even more bike and pedestrian friendly.

Milling, repaving, and restriping will be occurring on the following blocks:

Additionally, some minor curb and catch basin relocations will begin at the same time on the following block:

By Fall, after the curb work on this block is completed, Bedford Street will be milled, repaved, and restriped from Forest Street to Hoyt Street; we’ll send an update on the timing of that work when it is finalized.

The result will be smooth pavement, more consistent travel lanes, enhanced sidewalks and improved on-street parking opposite the new and old police stations, and new bike lanes on Atlantic/Bedford Streets and Greyrock Place. Thank you to the City and the State for continuing to invest in our community!

Entering the Downtown and passing along a row of retail and restaurants, Summer Street isn’t as pedestrian friendly as we’d all desire. In fact, it’s been downright dangerous, with this stretch of road having had significant crashes involving walkers and cars over the last few years. The neighborhood has been calling for improvements and the City has taken the initiative to seek out Federal funding to make the situation much better.

At the intersections of Summer Street with Main Street, Broad Street, North Street, and Hoyt Street, road area not needed for traffic flow will have asphalt removed and new pedestrian bumpouts and curb extensions added to the sidewalk. The result will be more area for walkers, opportunities for expanded outdoor dining, shorter crossing distances, and significant safety improvements.

The project will begin construction July 2020 and will be completed by this Fall. These investments mark continued implementation of the walkability and complete streets recommendations detailed in the 2010 Downtown Master Plan commissioned by Stamford Downtown.

Please join us in thanking Mayor Martin and his Traffic and Transportation Bureau Chief, Jim Travers, and their team for advancing this project and securing the Federal funding through the Connecticut Department of Transportation CTDOT to pay for 90 percent of it. And additional thanks to Representatives Summerville, Patterson, Giordano, and Moore and their colleagues on the Boards of Representatives and Finance for securing the local match to make it happen.

This brings Stamford Downtown one step closer to becoming the transit-oriented and walkable urban center that will drive value and prosperity long into the future. 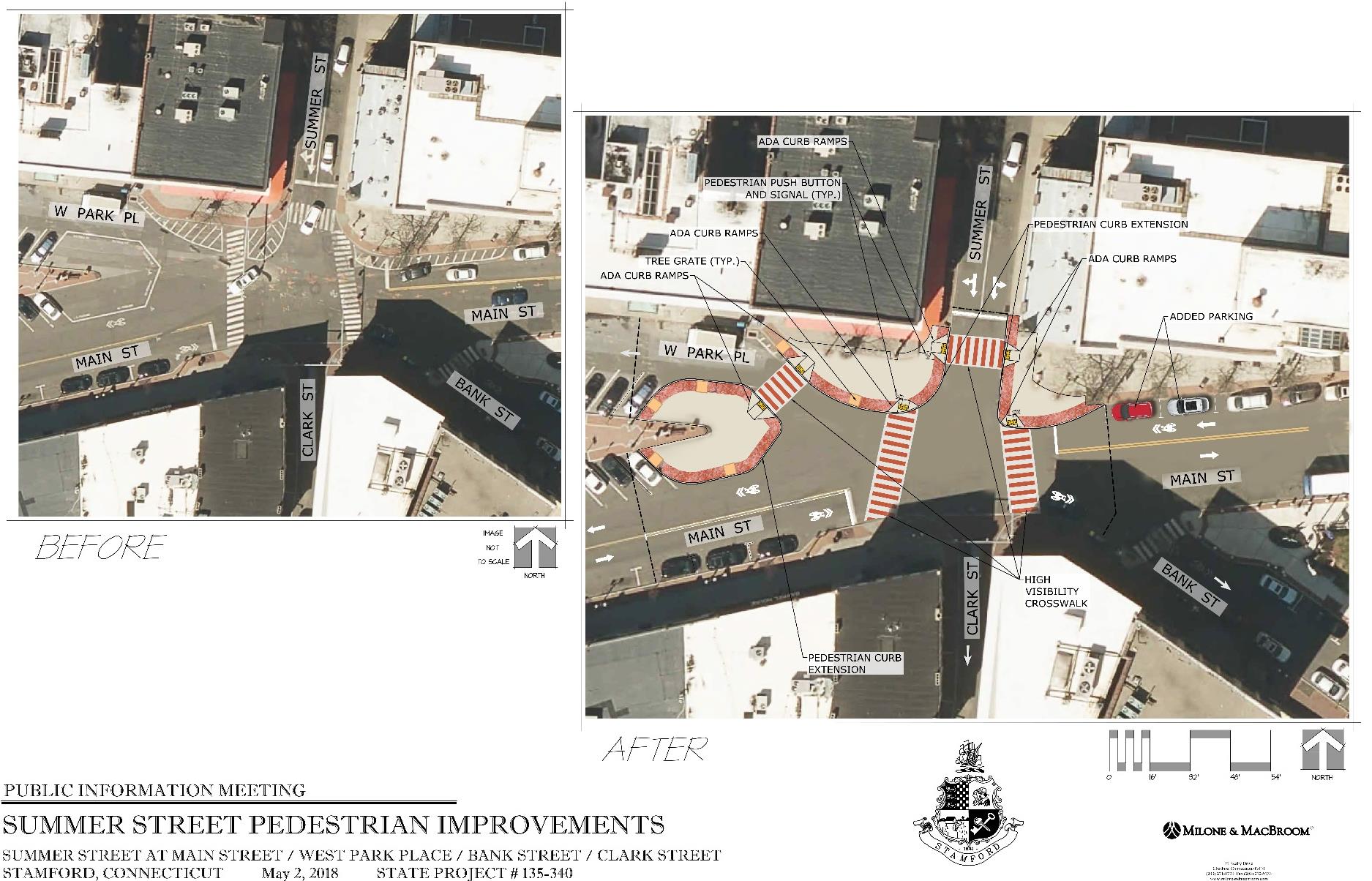