One of the largest helium balloon parades in the country, it features everyone’s favorite giant balloon characters, award winning marching bands and fabulous floats.  Fun for the whole family! 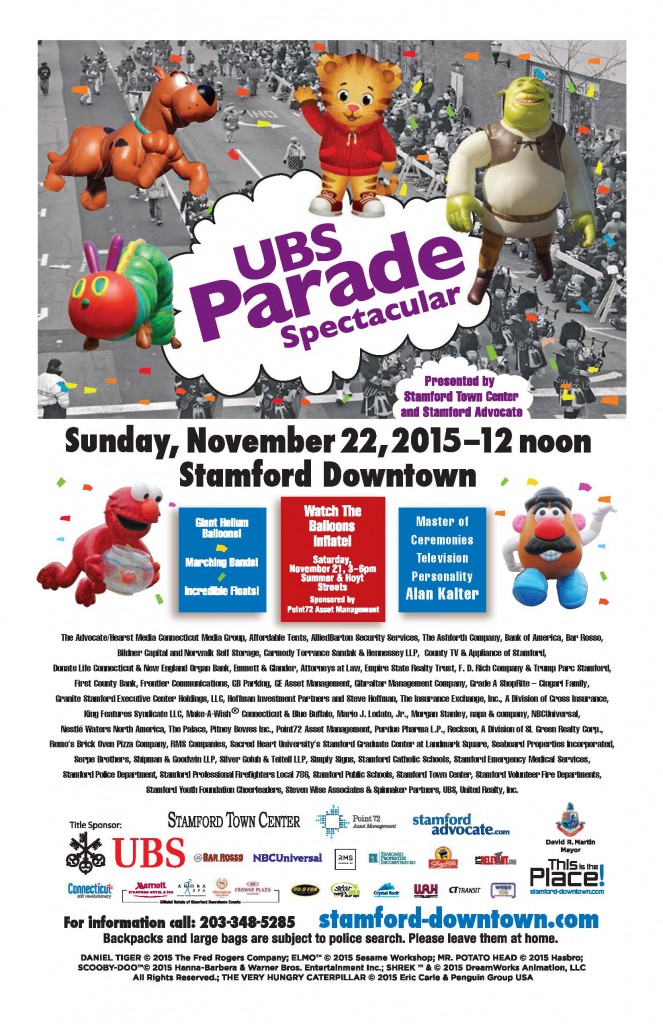 Parade Broadsheet with Lots of Information!

Want to know where to go after the parade? 2015 Restaurants Open on Parade Day

VOLUNTEER AT THE PARADE!

We are looking for circus acts (clowns, unicycle riders, hula hoop, jugglers, stilt walkers, etc.) to perform before and during the Parade, and at our Inflation Party the night before.  (Stilts, etc., props, and costumes not provided; you must supply your own.)
This is a voluntary (unpaid) position. The UBS Parade Spectacular is seen by over 100,000 spectators! 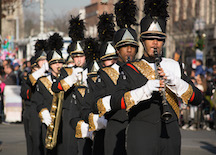