After a two-year break, the holiday season will officially kick off in Stamford Downtown on November 20 with the 29th annual Stamford Downtown Parade Spectacular, one of the largest of its kind in the country!

Planned highlights of the parade include 15 giant balloons including favorites Bob the Builder, Mr. Potato Head and more! In addition to the procession’s signature balloons, the streets will be filled with music from marching bands, fabulous floats and dynamic dance groups! Plus Colin Cosell, PA announcer for the NY Mets, making his debut as Master of Ceremonies at the main review stand.

On the eve of the parade, a Balloon Inflation Party presented by Point72 will be held on Saturday, November 19 from 3-6 p.m. at the intersection of Hoyt Street and Summer Street. This pre-parade event will allow spectators a behind-the-scenes look at the balloons as they come to life. Music, parade talent, cartoon characters and Santa will greet and delight spectators.

This parade is produced and funded by Stamford Downtown Special Services District with generous support from
local property owners and businesses. 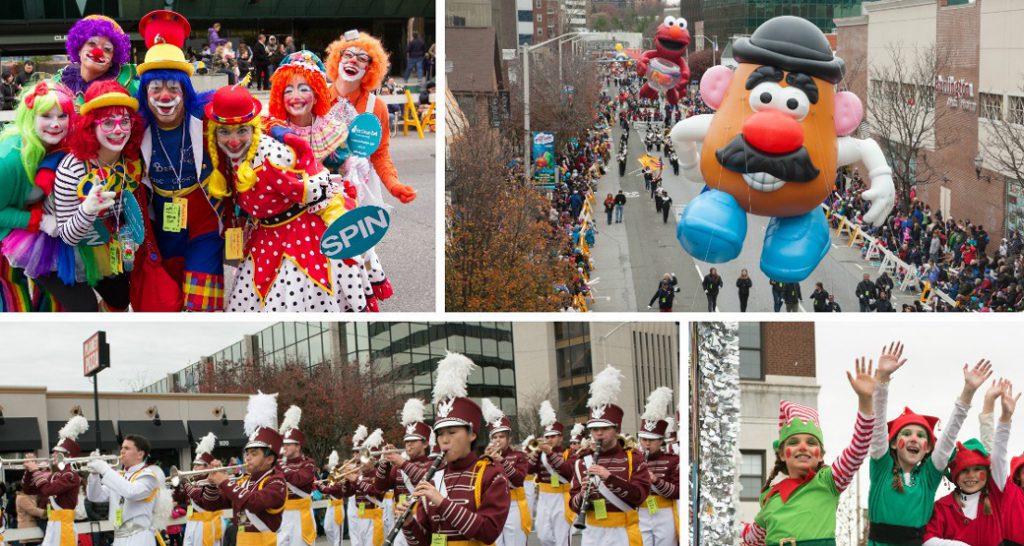